The Internet is a tool used by people around the country and the world. People use it to book flights, find vacation destinations, and pay bills. Since these actions typically involve some sort of payment, it is in everyone’s best interest that the processes are as safe and secure as possible. That is the job of those who work in cyber security. They are constantly reviewing software, hardware, and code for possibilities of breeches. If you think you might be interested in being on the front line of defense, check out the programs available in your state below. 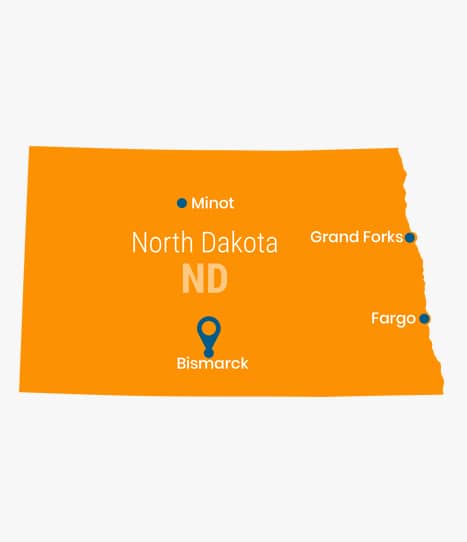 Why an Advanced Degree in North Dakota is Needed

You can begin a career in cyber security with a two-year degree, certificate, or with no formal training but advancement will be a challenge. However, in order to work your way through the ranks in the cyber security field, additional education and certifications are required. Attaining at least a bachelor’s degree will start you on the path of career advancement, but if you want to reach the highest levels of cyber security positions, graduate school is something that should be considered as well. Although North Dakota doesn’t have as many positions in cyber security as New York, Chicago, or other large metropolitan areas, there are still plenty of jobs in the field for people who are willing to get the education and work experience to fill them.

Cyber security students in North Dakota have several options when it comes to an education. They can get their feet wet with a certificate, and then if they’re interested in pursuing the field further, move on to a two- or four-year degree. If they establish themselves, it will be time to think about an advanced or even a terminal degree.

Though each degree level has its own requirements and each school looks for specific traits in its candidates, the following information is almost always required as part of the application process:

Students in a bachelor’s degree program will study the following subjects plus other classes:

Some classes offered at the four-year degree level are:

The graduate program requirements and course load vary by both program and school. Most programs are a combination of traditional courses and a long-term assignment that addresses an issue in that particular field of study. Most programs last from 18 months to three years.

Accreditation shows that a school and program have passed rigorous checks and balances proving that their programs are high quality and the best they can possibly be. There are several levels of accreditation but the top-level for the majority of schools is regional accreditation. In the case of cyber security programs, some schools have an extra level of accreditation and are known as Centers of Academic Excellence (CAE). This accreditation is offered by the National Security Agency and is conferred only on the top cyber security schools and programs. Attending a CAE accredited school or program can jump start your career since many governmental agencies seek graduates from these schools and programs to fill positions.

Although there are schools in North Dakota that offer cyber security programs, very few of these are CAE accredited. If that accreditation is important to you and going to school outside of the state isn’t an option, looking into online programs for schools who do hold CAE accreditation might be an option for you. Several of the schools listed below have online programs so even if the school is hundreds of miles away, you can still enroll in a CAE accredited program and enjoy those benefits.

The conference brings together faculty, government officials, and industry experts to discuss cyber security threats, solutions, and the latest tools and trends in the field of cyber security. It is sponsored by North Dakota State University.

Hosted and presented by Bismarck State College, this convention is comprised of workshops and presentations aimed at bringing academia and the cyber security industry together to create innovation to fight and prevent cyber-crimes.

There are over 8,000 people employed in computer-related occupations in North Dakota, with an average salary of $65,530. According to the US Bureau of Labor Statistics, job growth for this industry is expected to increase by 32%, which is much faster than the growth rate for other industries. North Dakota’s Labor Demand Survey Report shows that the need for workers in computer-related fields is expected to remain constant as well.

The most in-demand jobs in cyber security in North Dakota and their average salaries are listed below:

Software developers create apps that are safe to use with mobile and portable devices.

Information security analysts examine computer input devices and determine if there are possible areas for breaches to occur.

Computer system analysts investigate how computer system functions and look for weaknesses in the functionality that could equate to cyber-threats.

Software developers who work with system software create code that runs programs, ensuring that the programs are as safe for the end-user as possible.

Database administrators develop and maintain databases for organizations. They make sure that the information stored in the databases is as secure and tamper-resistant as possible.