Cyber-crimes are increasing every year. Since much of our vital personal and financial data is now housed in electronic databases, it is increasingly vital to protect that data. We also must protect other parts of the global network, including the Internet of Things. Since public and private organizations have come to realize the full extent of this threat, the nation has responded by expanding our cyber security workforce extensively.

Now, you can find cyber security training in many, if not most, community colleges, four-year undergraduate universities, and graduate schools. If you graduate with a degree in cyber security or a closely-related field, you are sure to have plenty of opportunities for interviews and job offers. The government, military, and the private sector are all looking to hire professionals with cyber security training. 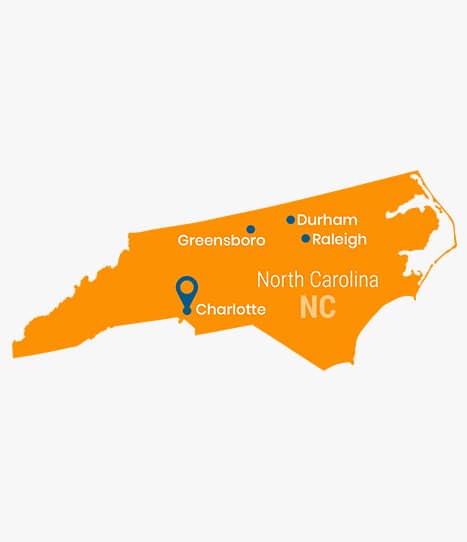 Why an Advanced Degree in North Carolina is Needed

Though you can surely land a top-notch job, and even pursue a fruitful career, with a four-year degree, an advanced degree is highly valued. This might be especially true in North Carolina, which is full of excellent colleges and universities. Because of the ease with which students can access higher education in the field, you’ll find that you need a higher degree level to land a truly competitive position.

Regardless of where you live, you will certainly need an advanced degree to land a position in the c-suites. Thus, you should start thinking about graduate school from the moment you begin college. Make sure you are taking the courses that will not only most benefit you in the job market, but that will also transfer and make a difference on your graduate school application. If you are pursuing cyber security, you might also want to add industry certifications and other continuing education courses to your resume. After all, the field is ever-changing, so you'll need to show your graduate school admissions office that you will be beneficial to the program.

In North Carolina, in-state students have some of the best options for their bachelor's degree. The UNC system is full of top universities. The Tarheel State is also home to a swath of brilliant private colleges and universities, some of which are among the nation's oldest. You will need to have stellar grades and SAT scores if you want to attend many of these schools, but you'll graduate with a technology degree that is second-to-none.

To enter a master's program in North Carolina you will need to have a strong background in computer science and cyber security. It will also help to have a strong resume in the field. On top of that, you will benefit from industry certifications and other continuing education credentials. If you want to attend one of the state's top MBA programs and launch into the c-suites, you might benefit from extra courses in accounting, management, or communications. If you don't wish to take time away from your career, North Carolina offers many graduate programs online or in a classroom/online hybrid.

Once you complete your associate or bachelor's degree and start working, consider earning certifications. For instance, if you are working a general IT degree, you might find a program for penetration testing or white-hat hacking. Other options include product-specific certifications from Microsoft or Cisco, for instance. Some of these certifications are offered through independent industry associations while others are provided through non-academic online educational organizations. Keep in mind that many certifications expire and thus require ongoing coursework to keep your credentials current.

North Carolina is home to some of the nation's top institutions of higher education, not to mention some of the best college basketball teams. However, when you embark on a search for the best cyber security degree program in the state, you must keep an eye on accreditation. You need to find a school that has been audited by an independent educational agency. Those agencies confer regional accreditation that can impact your later career.

For instance, if your cyber security program has been accredited by the Centers in Academic Excellence, your education will have been affirmed by the National Security Agency (NSA) and Homeland Security as being worthy of their standards. Their goal is to protect the nation's resources from cyber threats, so your education will thus be world-class.

Another accreditation comes from ABET, which generally accredits engineering programs, but which also assesses computer science departments. Even if your program has a regional accreditation, provided in North Carolina by The Southern Association of Colleges and Schools Commission on Colleges, you will have a peace of mind that your education meets certain higher standards.

North Carolina not only has a top University system, but the state is also home to community colleges that will help you launch a career in technology fields, including cyber security or software development. The following schools all offer certificates at the one- or two-year level. You can also complete a two-year associate degree. The advantage of a two-year degree from one of these schools is that they cost far less than two years in a university. Thus, you can receive training in your field of choice and launch a career in two years or take care of your first two years of college with far less impact to your wallet.

Located smack dab in the heart of one of the nation's top technology centers, the Research Triangle Park, this one-day conference seeks to expand learning around identity authentication, governance, and more. The crowd promises to be a cross-section of the IT/computer science profession.

With a title like this, you know it's a conference for hackers. Located in the Research Triangle Park, this weekend long event promises to be as in-depth as it is unconventional. Events, speakers, and parties change every year, but tune into their website for yearly updates. Free tickets are available for students.

The tech sector is expanding all the time and North Carolina's Research Triangle Park is a key part of its growth. Located near Raleigh, Durham, and Chapel Hill, the RTP receives the best minds from Duke, UNC, and NC State, among many others. With such academic and professional resources, it's no wonder that North Carolina's tech professionals are thriving.

In fact, as of 2017, the state boasted 134,911 total computer and mathematical workers. Their median salary in 2018 was $84,680 and their population was projected to grow by over 20,000 through 2026. Included in that number are professionals such as information security analysts, computer systems analysts, and database administrators, among others. The state's information security analyst population is just over 3,500 and their annual mean wage is $104,000. Local computer systems analysts, on the other hand, could make up their own small town at 26,000 positions and earn $93,500. Finally, database administrators constitute 2,800 of the state's workers and they earn an average $92,000 per year.

Furthermore, according to the Economic Development Partnership of North Carolina, the state's tech sector is also strong in terms of diversity. The state ranks #1 for women in technology positions, as women comprise a full 35% of the tech workforce. With over 22,000 new STEM degrees conferred in the state annually, North Carolina could someday overtake Silicon Valley for technology dominance.

The EDP shows that the state's technology industry grew by a whopping 13% in the four years between 2013 and 2017, double the national average. Given that North Carolina is home to some of the strongest academics and top tech firms, there is no reason to doubt that the state's tech sector will continue to thrive.